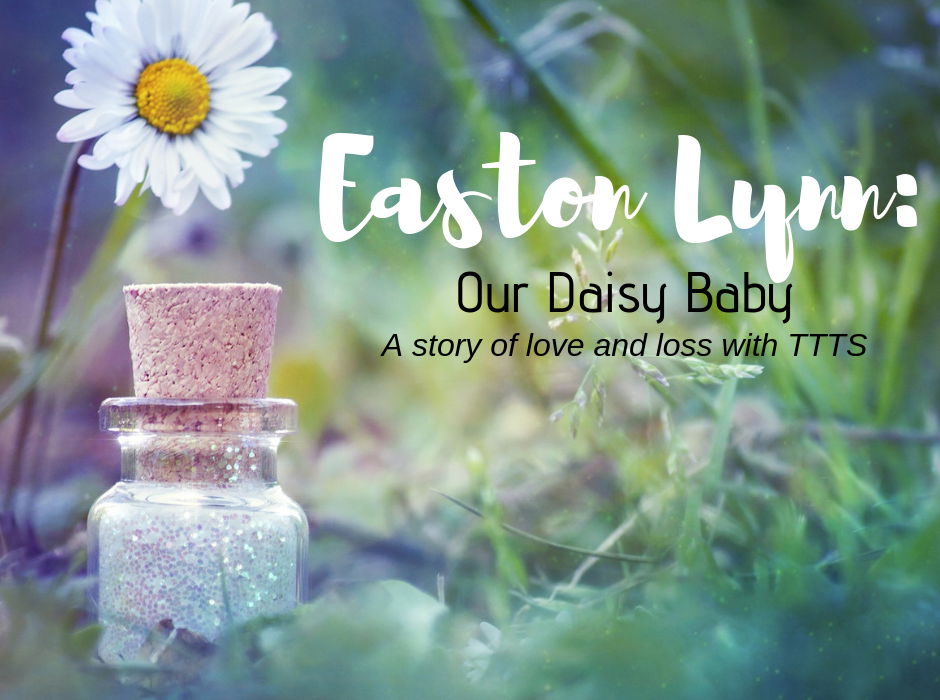 When you find out that you are pregnant with triplets, your doctor will start telling you everything negative. You’ll be told that you’re now considered a high-risk pregnancy, and everything will change. The first thing they’ll tell you is “congratulations”. Next on the list is selective termination. Do you want to abort one or two of the babies? Then it’s all about the different complications: early delivery, premature babies, and NICU time, Twin to Twin Transfusion Syndrome, months of possible bed-rest, etc. You hear all these things in the first visit with the doctor, and then you forget most of them. You try to think on the positive side, and things seem easier for a few weeks. You pray every day that your babies are growing healthy and strong, and just like that you realize how lucky you are.

My husband and I had been trying to get pregnant for 2 years. We were lucky enough to only go through one round of IUI (intrauterine insemination) and become pregnant. We were expecting one, maybe two babies at the most, but when we were told that there were going to be three of them our whole world turned upside down. We were excited yet so scared. How the heck were we suppose to take care of three babies at once? First came shock. WHAT WERE WE GOING TO DO! All our plans needed to change: where we lived, the car we drove, the amount of money we made, it all needed to be upgraded. Then came love. We were finally starting our family. Something we had wanted to do for so many years. After our first ultrasound I realized that even though I loved my husband, I had not actually felt TRUE LOVE until I heard all three of those little heartbeats. Now, I finally understood what love meant. 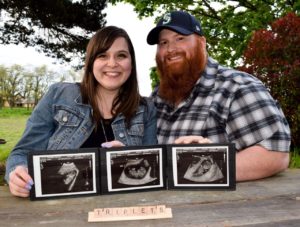 My pregnancy started flying by before I knew it and I started showing around 11 weeks. We went in for an ultrasound about once every 2 to 3 weeks. My doctor always came in with good news, and it looked like things were going normal. We found that we would have two identical babies, and one fraternal. Our two identical babies shared a placenta and our fraternal baby had their own. As the weeks went by my ultrasounds started getting longer and more complicated. After we found out that we had two babies sharing a placenta we had to look more closely at them, and make sure growing rates were fine. At our week 16 ultrasound we had found out the genders of our babies: Two boys, and one girl. We were ecstatic and could not wait to let our family and friends know! That was, until our doctor came into our room and gave us some devastating news.

We were told by our doctor that one of our identical boys had lesser fluid in their sac. This was concerning as it could be early signs of TTTS. We were immediately referred to a doctor in Seattle, WA at Evergreen Hospital, and a week and a half later we were there meeting Dr. Bettina Paek and Dr. Martin Walker for the first time and possibly having fetoscopic laser surgery that same morning.

Twin to Twin Transfusion Syndrome is when “the shared placenta contains abnormal blood vessels, which connect the umbilical cords and circulations of the twins. The common placenta may also be shared unequally by the twins, and one twin may have a share too small to provide the necessary nutrients to grow normally or even survive.”  Learn more HERE.

We spent 3 weeks worrying what was going to happen next. We would drive up to Seattle on Sunday, have our doctor appointment on Monday, and if no surgery was going to happen we would drive back home to Portland, OR until the next Sunday. Our appointments were stressful. Every Monday morning going into see our doctors we didn’t know what they were going to find. We knew surgery was always on the table and looking at survival rates we had a pretty good chance at saving all three of our babies.

I was 19 weeks pregnant when the day had come. We couldn’t wait it out any longer and I needed to have the fetoscopic laser surgery done the next day. Our baby named Easton was the one they were worried about. His amniotic fluid levels had gotten very low, and even though there was still bladder activity, it had gotten smaller. Easton also shared a smaller amount of the placenta, his umbilical cord was only attached maybe halfway onto the actual placenta and the other half was attached to my uterine wall. They were also worried about Elijah. His heartrate was suddenly climbing, and they were worried about heart failure. Going into surgery I was so scared. I feared losing one of my babies. I loved them more than I had loved anything or anyone, and I didn’t even want to think about what it would be like living without one or all three of them in my life. There was an 80% chance that all three babies would make it through surgery.

We went into surgery with high hopes, and the surgery was “successful”. I had got to see all three of my babies in the womb. Alive and well. They did an ultrasound immediately after the surgery was complete, and we still had three strong heartbeats. I would stay overnight at the hospital, and I would have another ultrasound the following morning.

As a mother I feel like you quickly gain that instinct of whether your children are okay or not. Mine were still in the womb, but I knew something was wrong. My feelings were correct. The next morning our ultrasound showed two strong heartbeats, but our littlest triplet was gone. Just like that my worst nightmare came true. We had barely started a family and suddenly I was grieving the loss of a child that I hadn’t even got to hold in my arms yet.

I still go through that day occasionally. I remember what the doctors had said to me word for word, I remember the sorrow I felt, I remember the look on my husband’s face when they told us he had passed away. I remember my heart aching, and it still aches the very same way it ached 2 years ago. Grieving the loss of a child and having two more on the way was so hard. I felt like I couldn’t be sad because even though I lost one child I was still lucky enough to have two babies. In that same month my brother and his girlfriend had a miscarriage, and in my head, I knew our grieving process was going to be different. I felt that I was not on the same level of grief that she was on, but the truth is that even though I was lucky enough to still have two babies on the way, I still had lost a child. I was going to live my life without this baby, the same way every other grieving mother did. 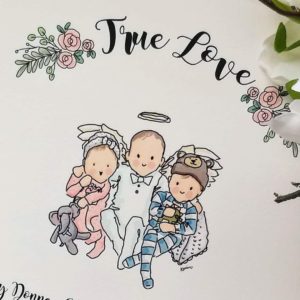 The first month after losing our son was very hard. It was hard to get use to the thought of having only two babies on the way instead of three. Anytime someone talked to me about the pregnancy I became very anxious. It came to a point where I didn’t want to go anywhere or talk to anyone. Depression had kicked in. I hated it when people referred to my pregnancy as a twin pregnancy. That was the worst feeling in the world: to have someone remind you of the loss of one of your babies. I was out of work from July to September. I couldn’t handle human conversation. Especially with people who had been following the journey of my pregnancy.

As the weeks went by and we were getting closer to our due date I couldn’t help but feel a stronger sorrow. Don’t get me wrong, I was so happy that it was almost time to meet our little ones, but I was not ready to part with our sleeping son. All I could think about was that because I was still carrying him in my womb he was still with me. I wasn’t ready to let him go yet. My mother in law put together all the arrangements for our son. Where he would go, and what was going to happen after I had given birth to all three of them.

Our babies came into this world on November 29th, 2017: Elijah Carter, Emery Donna, and our angel baby Easton Lynn. 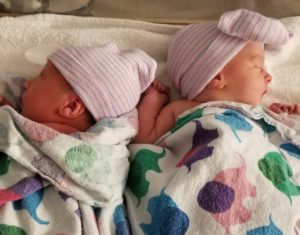 It has been a year and a half since we lost our son, and things have never gotten easier. I still grieve the loss of Easton like I did when we were first told he had passed away. He is always on my mind, and I always wonder who he would be if he was here. We’re so very lucky that him and Elijah would have been identical. We get to look at Elijah and see his brother in him every day, but with that I always see three of them. Anytime Elijah and Emery are playing I always see Easton there by their sides. We try to incorporate him as much as possible. For their first birthday we went to Build-A-Bear and had a special bear made to represent Easton for their first birthday pictures. This bear now sleeps in Elijah’s crib. 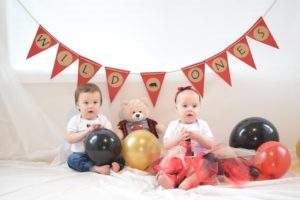 My husband and I like to remember our son Easton as our Tough Guy. He had fought for as long as he could, but in the end, he sacrificed his life for his brother and sister. If he wouldn’t have passed away I wouldn’t have been able to carry our babies to 38 weeks, and there could have been so many more complications. We are so blessed to still have Emery and Elijah, but we miss our son Easton every day and wish he were here to grow up with his siblings.

The TTTS Foundation has helped so many moms who are going through or have been through the Twin to Twin Transfusion journey. Mary Slaman is the creator of the TTTS Foundation. When I started following several different TTTS groups on Facebook she immediately messaged me. She gave me her sincere thoughts and apologies for the loss of our little Easton. The foundation sent us a care package that was full of different trinkets that were in threes. We got three little teddy bears, three necklace charms with the letter E on them for Easton, Emery, and Elijah, candles, books on grieving, and of course daisy seeds. (TTTS babies are called daisy babies).

Know that you are not alone in this fight, and there are hundreds of families who have been through this same struggle. There are people out here to help you, and your babies.

Hi, I’m Heather! I’m a mom to 14 month old boy/girl/angel triplets Elijah, Emery, and Easton. After a battle through infertility I became pregnant with triplets, but we ended up losing our identical son, Easton when I was 19 weeks pregnant from Twin to Twin Transfusion Syndrome. I like to focus on the positives in life and what God has blessed me with. I enjoy writing about our family, and the things we have experienced, the things we like to do, as well as the pain of losing a child. You can find my blog online at: https://anderfamilysite.wordpress.com. I am also on Facebook and Instagram.