Not Just Another Statistic: My Struggle with Mental Illness 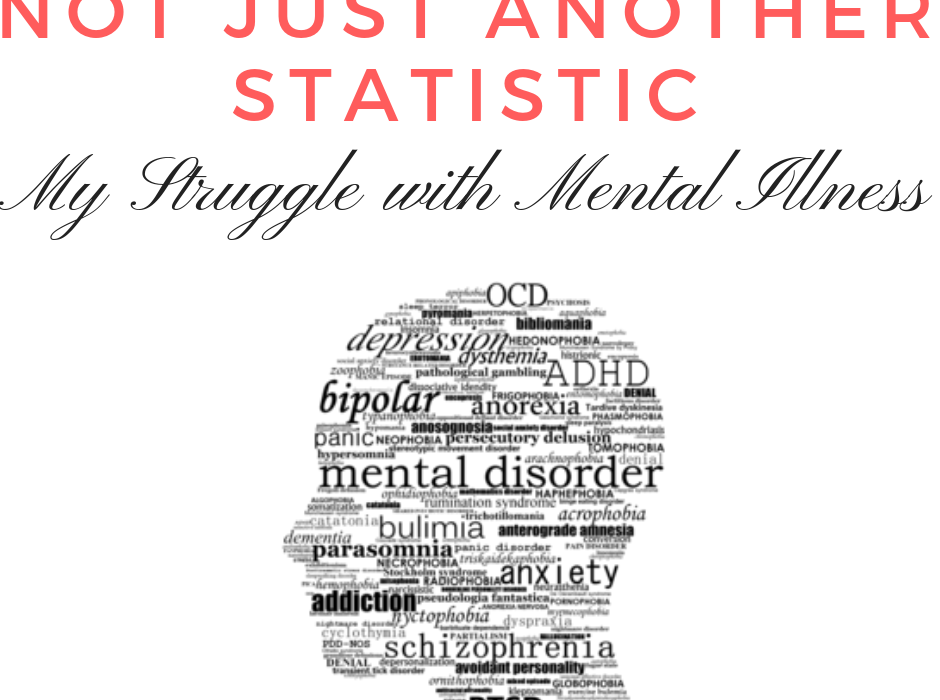 I have been debating typing this all out for a while, and it will likely take me a few days to get it all out there before finding the courage to push the “publish” button to share my story with the world. However, I feel as though it needs to be heard. If you are struggling, I want you to do know you are not alone.

Most people are afraid to discuss mental illness. It’s the proverbial “elephant in the room” and it’s swept under the table after being medicated into oblivion. But it’s something that needs to be embraced and shouted from the rooftops. We need to understand and accept mental illness rather than treat it as though those with it are damaged goods.

I have Obsessive Compulsive Disorder (OCD). Not the hand washing germaphobe kind. I have thoughts intrusive OCD. It’s absolutely debilitating at times. When triggered, my mind is switched onto repeat and I will focus on death for days. Let me clarify: I focus on death, not suicide. I am terrified to die. I am terrified my loved ones will pass on. I focus on the fact that at one point we will all perish and I do not want to accept that fact. It’s paralyzing. I hyperventilate. I have panic attacks. I hide. I am not me.

In the United States, Obsessive Compulsive Disorder affects 1 in 40 adults and 1 in 100 children. I just happen to be part of that 2.3%.

It’s important to remember that OCD is not a catch-all phrase to describe someone with “obsessive” behaviors. OCD Is characterized by obsessions and compulsions that take up at least an hour a day. These obsessions and compulsions cause significant distress. Being bothered because your cake isn’t cut into a perfect square or your shoes aren’t perfectly aligned most likely is not OCD and although Hollywood likes to exaggerate this illness, those who live with it know it’s not a laughing matter.

I also have panic disorder with agoraphobia. At one point I was a pretty social butterfly. When the OCD hit, the PD followed suit. I have missed out on many events simply because I know if I go, my fight or flight will kick in and the flight will overpower my desire to fight and enjoy myself. If my husband and I go to a new restaurant or bar, I will immediately scan the room for the nearest exit in case of an emergency. My heart will start to race uncontrollably and my chest gets tighter with every passing minute. I breathe deeper and won’t say a word to anybody. I will convince myself I need to leave. Right now.

I remember my first panic attack very vividly. My daughter was just four months old and we decided to check out a concert in town that was being put on by a local church. We had just finished setting up our chairs and my daughter was bouncing on my knee to the music. Gosh, she loves music. The MC came on stage and started talking about Christ and how he did for our sins, etc.  and my mind switched on and just kept focusing on the fact that one day I would not be alive for my husband and daughter. One day both of them would pass on, as well. I felt like a horrible person for bringing a life into this world that will eventually die! I. Had. To. Run. I had to get out of there. I could not handle being fenced in with people I did not know. I started sweating profusely and my vision went fuzzy. I had never experienced anything like that before, so I didn’t know what was going on with me. I did not understand it one bit. My husband and I LOVE going to random concerts. Just enjoying each other’s company and the music. But not that day. We had to leave.

For the next few weeks I kept thinking about that moment and, after talking with my father, we deduced  that it was, in fact, a panic attack. I knew it was something I never wanted to experience again and I couldn’t seem to turn my thoughts off. Every time I passed the graveyard on the way to the grocery store, a panic attack would ensue. I couldn’t drive by churches. I couldn’t watch the news. I stayed off Facebook and barely watched TV out of fear of seeing something that would cause those thoughts to return. I couldn’t even read a book (and I love to read)!

Finally, my husband encouraged me to seek professional help. I met with a psychiatrist and after a lengthy discussion, he formally diagnosed me with thoughts intrusive Obsessive Compulsive Disorder and Panic Disorder with Agoraphobia. He attributed it to the medication present in the epidural I received during child birth. He informed me this happens in rare cases and explained that, “it scrambles and brands the brain. The medication rewires the brain.” I was immediately sent for a blood test so he could figure out which medication to prescribe me. After about a week, I was given a concoction of Ativan and Celexa. I don’t remember the exact dosage, just that they completely turned me into a zombie. If you asked me something as simple as what my name was, it would take me five minutes or so to answer you. They slowed my thoughts down, for sure, and I wasn’t triggered at all while on the medication, but I couldn’t function.  My husband was working 7-12s on night shift and we essentially had a newborn that I was the sole caretaker for. I knew I could not continue the medication so I quit, cold turkey, which was probably a huge mistake, but I needed to be able to respond to my daughter if something happened. 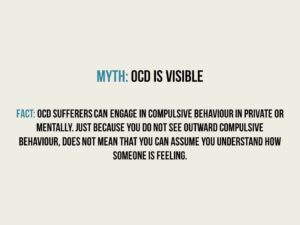 This is when I truly became thankful for my tribe. My cousin is one of my very best friends and I opened up to her about what was going on. Everything that was wrong with my head and all the medications I was thrown on. She mentioned our other cousin has a form of OCD and suggested that I contact our Aunt for better advice. Boy, did she open my eyes! She told me all about what my cousin was going through and a lot of it was spot on with what occurred when I was triggered. She mentioned that she has found a way to control it, in a way, by avoiding artificial colors and artificial ingredients commonly found in food. This was the first time I had really ever realized that what I was serving my family wasn’t actually food at all, but chemicals made to taste like food. I finally thought I had an answer to solve my problems.

I went home and immediately started researching the connection between artificial ingredients and mental disorders. You would be absolutely amazed at some of the stuff these companies are putting in our food! (I once Googled all of the ingredients on the back of a Campbell’s Cream of Chicken Soup can — I do NOT recommend doing that. The contents are scary!) Two of the biggest culprits? Red #40 and Yellow #5. And they’re present in EVERYTHING. Did you know that chocolate pudding cups would actually be green if Red #40 wasn’t added? Well, now you do! I learned that those two ingredients alone can be the main contributor in OCD, ADHD, ODD, and ADD to make a few. I also learned that monosodium glutamate (MSG) has the same effect.

After reading all that I had, I went through our cupboards and tossed anything with an ingredient I couldn’t pronounce. As a penny pinching mama, it was hard to see 75% of our food supply being tossed in the trash, but I knew I had to do it for my own mental health. I had to get well again. I could not continue with the panic attacks and intrusive thoughts. After about a week of not consuming artificial ingredients I could tell a major difference in myself. My daily thoughts and attacks had subsided. I felt like a person again and not someone constantly fighting an inner demon. I decided to do an experiment. I drank a can of Coke (oh, how I love a nice cold Coca-Cola!). Within the hour, I was curled up on the couch in a hoodie battling my mind. It was amazing how quickly it affected me!

It’s been 5 1/2 years since I was dealt my diagnosis and I can honestly say it has been the biggest struggle of my life. However, I refuse to let my disorders control my life. Clean eating hasn’t cured me 100% and I still have days where I’m triggered out of the blue, but it has helped more than the pharmaceuticals did. If you’re struggling and haven’t tried changing your diet, I highly recommend it. I was even able to go on a CRUISE without having a panic attack! And there’s no way to escape that boat! 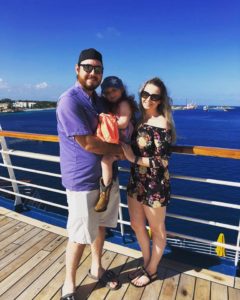 Mama, if you’re struggling in any way, please know you’re not alone.  There are millions of us out there who have the same fears and issues as yourself.  If you EVER have suicidal thoughts, please seek professional help immediately or contact the Suicide Prevention Lifeline at 1-800-273-8255.

TEN Items You Need in Your Kitchen

You Need to Snag This Before It Sells Out!